I believe our government leaders may be confused, based on some recent activity: Protecting Freedom of Conscience Act, Free Exercise Protection Act, and HB2. In these bills, our representatives are proactively allowing discriminatory actions against a particular subset of people (Lesbian Gay Bisexual Transgender) based on religious views, in addition to declaring who may use what bathroom based on whether or not one has a penis.

I'm really trying to understand what's happening here because it seems to me that our lawmakers are obscenely interested in the workings of its citizen's bodies and whether or not those body parts are worthy of being present and accounted for in different establishments, like public bathrooms. Or if they should be assisted in government agencies where one might apply for and receive legal documents. Or whether those bodies should be acknowledged in places where a citizen may enjoy delicious pastries to commemorate important life events.

There's been a lot of talk of everybody's rights, so I got to thinking that perhaps the confusion is due to our tricky English language. For example, words like RIGHT and RITE could be easily mixed up. RIGHT can be a noun, adjective, adverb, verb, or exclamation, unlike RITE, which is a noun.

So I looked up the definitions in good ol' Merriam-Webster.

Maybe our representatives didn't see the part next to it that said <a right line>, ya know, as in geometry? They took it to mean that to be RIGHT is to be straight (as in heterosexual, just to be clear). Maybe they also thought that to have RIGHTS, you need to be straight. I can see how that could be confusing.

Before we move on to RITE though, we should take a peek at the BILL OF RIGHTS, which will probably clearly outline the right to suppress another's rights, even in a government setting doing a government job, based on personal religious views. Right?

Congress shall make no law respecting an establishment of religion, or prohibiting the free exercise thereof; or abridging the freedom of speech, or of the press; or the right of the people peaceably to assemble, and to petition the government for a redress of grievances.

A well regulated militia, being necessary to the security of a free state, the right of the people to keep and bear arms, shall not be infringed.

No soldier shall, in time of peace be quartered in any house, without the consent of the owner, nor in time of war, but in a manner to be prescribed by law.

The right of the people to be secure in their persons, houses, papers, and effects, against unreasonable searches and seizures, shall not be violated, and no warrants shall issue, but upon probable cause, supported by oath or affirmation, and particularly describing the place to be searched, and the persons or things to be seized.

No person shall be held to answer for a capital, or otherwise infamous crime, unless on a presentment or indictment of a grand jury, except in cases arising in the land or naval forces, or in the militia, when in actual service in time of war or public danger; nor shall any person be subject for the same offense to be twice put in jeopardy of life or limb; nor shall be compelled in any criminal case to be a witness against himself, nor be deprived of life, liberty, or property, without due process of law; nor shall private property be taken for public use, without just compensation.

In all criminal prosecutions, the accused shall enjoy the right to a speedy and public trial, by an impartial jury of the state and district wherein the crime shall have been committed, which district shall have been previously ascertained by law, and to be informed of the nature and cause of the accusation; to be confronted with the witnesses against him; to have compulsory process for obtaining witnesses in his favor, and to have the assistance of counsel for his defense.

In suits at common law, where the value in controversy shall exceed twenty dollars, the right of trial by jury shall be preserved, and no fact tried by a jury, shall be otherwise reexamined in any court of the United States, than according to the rules of the common law.

Excessive bail shall not be required, nor excessive fines imposed, nor cruel and unusual punishments inflicted.

The enumeration in the Constitution, of certain rights, shall not be construed to deny or disparage others retained by the people.

The powers not delegated to the United States by the Constitution, nor prohibited by it to the states, are reserved to the states respectively, or to the people.

Hmmm. I assume our representatives were looking at Amendment I, where it states, "Congress shall make no law respecting an establishment of religion, or prohibiting the free exercise thereof." I'm guessing they were focused on the prohibiting the free exercise thereof part because otherwise, they might have noticed that the bills they created sounded an awful lot like establishing a government-sanctioned religion, or at least a preference for a specific set of religious beliefs.

And they may have been closer to creating RITES than RIGHTS, but let's check in with Merriam-Webster before we jump to conclusions.

Ah, it's all become clear - the darned English language and those perplexing homophones are to blame! (Not to be confused with homophobes. Those are different).

The religious views of those who drafted and voted for those biased bills must have been focused on RITES instead of RIGHTS. I guess their RITES are filled with hateful speech and actions and they recognized their RIGHT to not be prohibited in their free practice of those RITES.

Homophones can really cause some of the most awkward and shamefully embarrassing situations! (May also occur with homophobes).

Whew, I'm glad that's cleared up. Because I can't for one minute believe that Christians would draft legislation that would go against the teachings of Jesus Christ whose instruction was to "Love one another". They clearly were confused by the homophones because these bills urge people to not love one another.

My Christian upbringing has spent the past few hours standing appalled and stunned in the corner, trying to make sense of it all, but I feel quite confident now in my right to say (Amendment I) that whatever way I line this legislation up, there is NOTHING RIGHT about it (see definition of RIGHT, #'s 2, 3, 4, and 6).

The Rail and the Rose 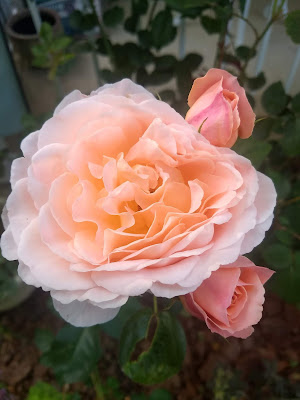 20+ years ago, I bought a rose bush at the local home-improvement store nursery.
We were new homeowners, and I couldn’t wait to start making the yard my own. Roses were the first plants on my list, as I wanted something similar to what I had grown up with – small bushes with deeply colored blossoms. I planted my newly acquired shrub right out front, up against the white iron porch railing. I eagerly awaited the fragrant merlot blossoms that were promised to me on the tag.
As the first bud opened, I was greeted by a pale peach blossom. Huh? It was stunningly beautiful - soft, rich, and luxurious, but not the color I expected. Then there was another one, and another one. I stared at my new purchase, decidedly disappointed with the unexpected color, then finally settled into accepting the mistake. Clearly the tag had been mis-marked. Ah well. The peach roses did smell heavenly and graced the yard with a subtle beauty.

A week or so later, out popped a merlot-colored blossom. Then another…
Read more 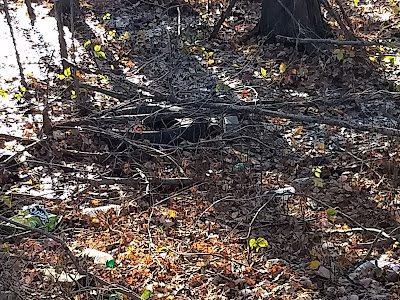 We are descending into the darkest time of the year, made even more challenging by Daylight Savings Time’s end, which jolted us into sudden darkness at dinnertime.
We are hard-wired to the light, and our inner clocks struggle to reconcile the difference. We can feel a bit fuzzy-headed and sluggish till our bodies make the shift. I feel like this years’ time change was a doozy and hard to come out of.
As the shadows of sunset come earlier each day, we are drawn inwards. We feel sleepy by dinnertime, caused by the rising of melatonin in our bodies in response to the diminishing light. We long for comfort and warmth, and desire to linger in our jammies and cuddle on the couch. The world seems cold and harsh at times, and we reach for the sanctity of our caves, so to speak.
November brings us to a place of transition. The sweetness of summer is gone, the fall is being replaced by bluster and starkness, and the holiday brightness is not quite yet upon is. Our bodies, being attuned to the lig…
Read more

The U.S. is in a state of vast change on every level.
Let's be honest...we're all scared and frustrated, no matter which side we're viewing things from. Every one of us has been left out of something, somewhere along the way in this country.
We cannot change the past, but I am hopeful, because we're learning from it. The inequities and injustice that have been happening for so long are being acknowledged, and we are coming together to do something about them. All our shadows are out in the open so we can heal them.
If we don’t like how things are, we have a rare opportunity to shift our gaze to the change we want to see in the world and go be that change. There is so much unknown right now that it has become the void of creation.

It can be a dark and frightening place, as it requires us to reach deep down inside and see what we're made of. It's messy and sticky and we have to feel our way through, untangling our lies and half-truths along the way to discern what …
Read more